“I fell in love with the language, traditions and people” – Katerina Zhivilo tells about her life in Bulgaria

Meet Katerina, who is from Ukraine, Kiev and lives in Bulgaria for more than 6 years. 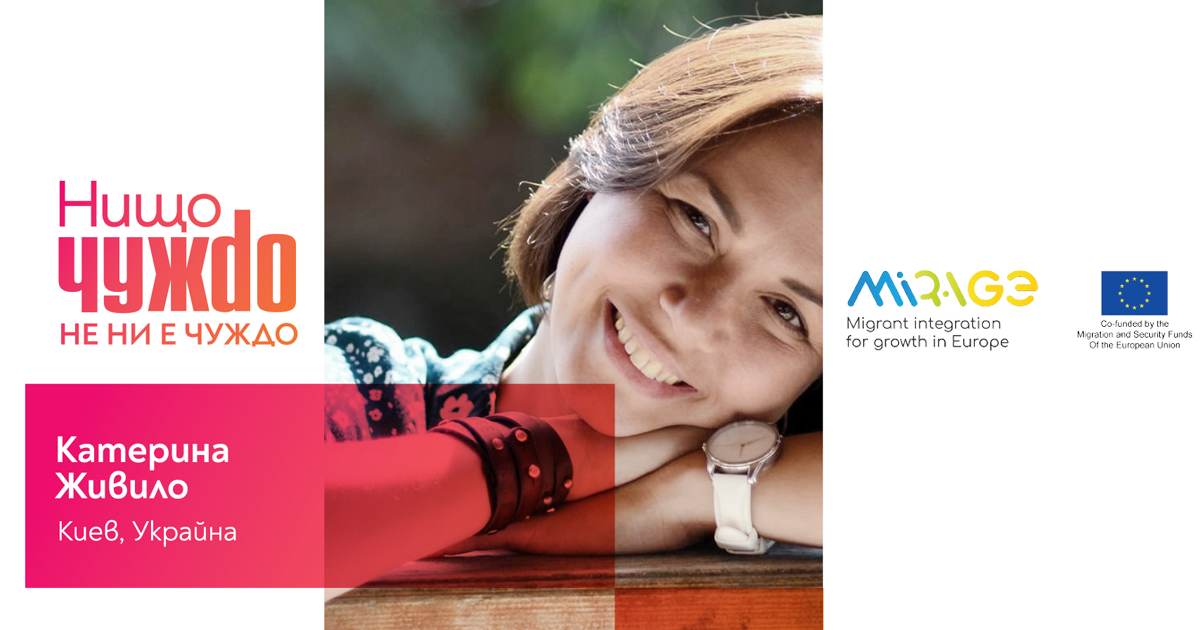 The good examples have the power to heal the wounds of the soul, treated for many years with prejudices and stereotypes, instead of understanding and tolerance, especially on topics that are often described as “sensitive”. We, the team of Workshop for Civic Initiatives Foundation / WCIF /, know this very well!

The topic of migrants is widely discussed, but often misinterpreted. In an attempt to change this, we will share a few stories about third-country nationals with the right to work in our country, who, contrary to popular belief, are successfully integrated into the labor market in Bulgaria.

Our series is part of the MIraGE project, on which WCIF is working with partners from several European countries. The project aims to facilitate the access and integration of third-country nationals – jobseekers to the European Union host countries.

We present you Katerina, who is from Ukraine, Kiev and has lived in Bulgaria for more than 6 years.

She is a sociologist, a social worker. In Ukraine, she specializes in youth social services. Then for a long time she was engaged in selecting individual trips in a travel agency. She chooses Bulgaria because of her husband, who decides to work here. They come with their daughter, and before they moved, she had never been to Bulgaria. “All I knew about the country was that there are nice beaches at the Black sea. That’s it. “- shares Katerina.

At the beginning, when she arrived, it was difficult for her, as she defines herself as a person who has problem to adapt. She started learning the language and stumbled upon a suggestopedia center. That’s where the love began: “I fell in love with the country, the language, the culture and traditions, the people. I had a wonderful teacher who, through his love for Bulgaria, managed to teach us to love this country. “

For 5 years, Katerina could not officially work because of her status (family reunion) until her husband received permanent residence status. The young woman went to Caritas Bulgaria. A friend of her invited her there in order to show techniques and tools for working with leather (her hobby), on the occasion of a donation of leather, with which they did not know how to work. Sometime later, she was offered to coordinate the social enterprise CaritArt of Caritas Sofia, which works in support of vulnerable groups of people. The difficulties in the work come only from her concern that she is not doing well, but the team accepts her unconditionally and always gives her the necessary guidance. “People with open hearts work here, so nothing bad can happen,” she tells us about her colleagues.

Katerina is extremely happy with her work, she sees it as a place to release her creative potential, a place where she can learn many new things, help other people find income, socialize and adapt in the country. Her dream is for the company to develop, for more people to come, to become more recognizable, to be able to work with more vulnerable groups of people in order to help them in their socialization and skills development.