Why did Yuri Detkov choose Dobrich over St. Petersburg?

Today we continue the series of stories about migrants, who have been successfully integrated into the Bulgarian labor market. 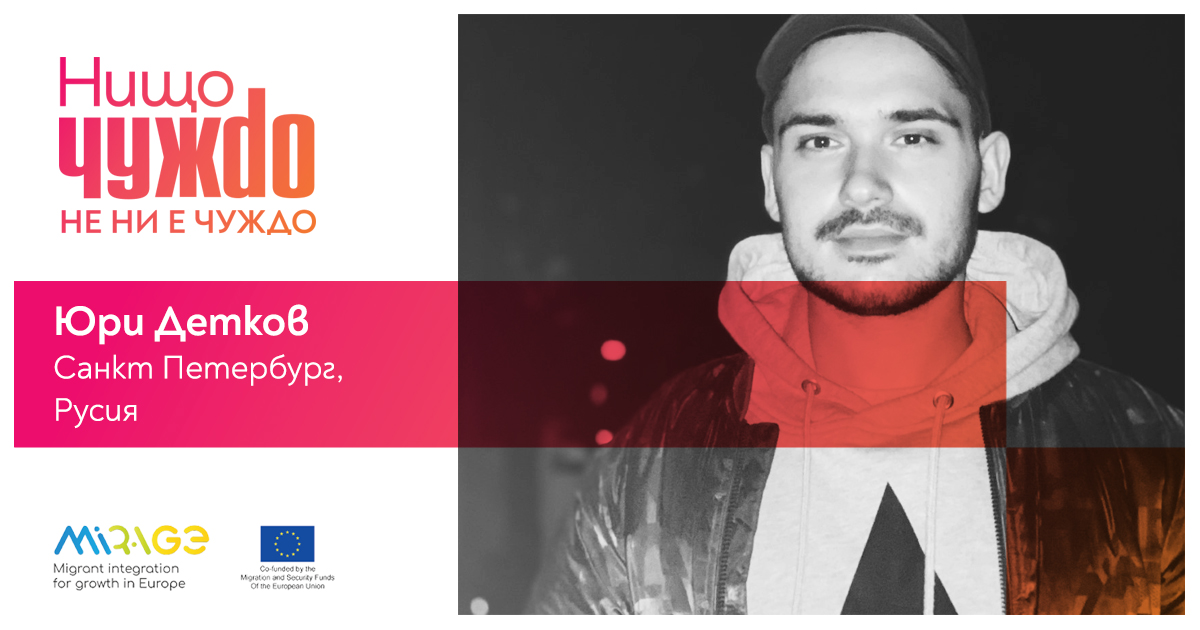 The topic of migrants is widely discussed, but often misinterpreted. In an attempt to change that, we will share a few stories about third-country nationals with the right to work in our country, who, contrary to popular belief, are successfully integrated into the Bulgarian labor market and contribute to the development of the country’s economy.

Our series is part of the MIraGE project, on which WCIF is working with partners from several European countries. The project aims to ease the access and integration of third-country nationals who seek employment in the host countries of the European Union.

Yuri Detkov is part of this project.

Yuri is born in the beautiful St. Petersburg, but in his teenage years he had the opportunity to enjoy the city only during the weekends, as he studied outside the city, at a military school during the week. There he shaped his character and values.

However, the interesting part of Yuri’s life begins here in Bulgaria, where he moved at the age of 17, attracted by the Higher School of Management in Varna and the opportunity to obtain both Bulgarian and British diplomas. During the first years of his stay, he lived in Dobrich, where the university campus is located. Despite the contrast with the huge St. Petersburg, he likes Dobrich. Yuri’s integration into the native culture is possible, thanks to the relationships he builds with his teachers and colleagues. He got acquainted with the Bulgarian traditions and customs and found many similarities with those in Russia.

However, he considers the immigration policies in Bulgaria to be unfavorable especially for non EU citizens. He thinks that the restrictions are becoming stricter every year and complicate the situation of third country nationals from countries outside the EU. According to Yuri, foreigners from foreign countries can do a lot for the economic growth and business development here, so he hopes the authorities will realize this potential and reconsider their policies and actions.

After 7 and a half years in Bulgaria, Yuri managed to obtain a permanent residence permit. This opens up many opportunities for realization for him here, from which he has yet to choose. He appreciates the business climate in the capital city of Sofia and the chances for development in many different areas.